Here I am, yet again, taking a month to write about my vacation. Sorry to my family and friends back home that have been patiently waiting for an update about my journey to Poland…it has been non-stop these past couple of weeks. When I did have downtime, I didn’t exactly want to write…just sleep and watch movies. Whoops.

Anyway, while I was in Poland I traveled to Krakow and Warsaw, the most “touristy” cities in the country. When I would tell people that I was traveling to Poland, I got mixed reviews. Most of my Peace Corps people were super jazzed and couldn’t wait to hear what it was like so that they could plan their own trips. People that aren’t Peace Corps were kinda like “Why Poland?” Well, I’ll tell ya why. (1) Eastern Europe is waaayyyy cheaper to travel in than Western Europe, (2) Poland is easy to get to from Moldova and is feasible for a short vacation, (3) Have you tried pierogis? I mean, come on, and (4) I’ve always been fascinated by WWII and Holocaust history so Poland has been on the bucket list since I was very young.

I flew directly into Warsaw from Chisinau and immediately traveled to the center of the city so that I could board a train to Krakow. I tend to take public transit from airports into the city because it’s cheap and easy, but thank goodness for the free wifi on the bus otherwise I probably would not have gotten off where I needed to.

My train to and from Warsaw. Pretty comfy.

The train station is fairly obvious, but everything on the bus was in Polish so I could really only guess as to what the announcements were saying and where our next stop was. I got off successfully and headed into the train station. At this point, I still had about an hour before my train left so I decided to go straight to Subway (because of course I did) to grab dinner for the 3.5 hour ride to Krakow. After grabbing a sandwich, I checked what I thought was the departures board to see what platform my train would be leaving from. I started low-key freaking out when I didn’t see my train on the list, thinking that I had been sold a ticket for the wrong day until I looked up and saw “Arrivals” written above the monitor. What a dummy.

Fast forward 4 hours and I arrive in Krakow. Getting to my hostel was a bit of an event considering there was quite a bit of construction happening on the road leading to my hostel, which led me to walk around in circles for about 20 minutes until I could mooch wifi and figure out where I needed to go. Once I got there, I got settled into my 10-person room and called it a night. The next morning I woke up, got ready, and enjoyed a leisurely **FREE** breakfast at my hostel before I was to depart for my tour of Auschwitz that I had pre-booked. **Pro tip: if you’re ever staying in a hostel, always try to find one that has at least free breakfast. Mine in Krakow had free breakfast and free dinner every day!**

My Auschwitz tour lasted about 4 hours with an hour or so drive each way. I will write a separate post about that because there is just too much to include in this post! After arriving back in Krakow, I started exploring Old Town Krakow. Krakow is a gorgeous city and I could sit and marvel at the beauty of its Old Town for hours. I wandered around an “American Bookshop”, ate some crazy good pierogis (potato with cheese dipped in sour cream, naturally), lingered outside a McDonald’s like a creeper so I could steal their wifi, and ate a second dinner at a nice Italian restaurant on the square. I indulged on that meal because it had been an emotional day and I legitimize eating Italian food by having drank Polish wine with my meal, so there! I continued to walk around and take in the sites, even wandering into a little knickknack store where I found the most precious packages of taco seasoning and cayenne. I promptly took those to the counter to purchase them when, lo and behold, I see those little servings of Ben and Jerry’s in a freezer by the checkouts. I grabbed a Cookie Dough and enjoyed it in a serene little park near my hostel. I knew my stomach was going to hate me for it later, but in the moment, I really didn’t care. 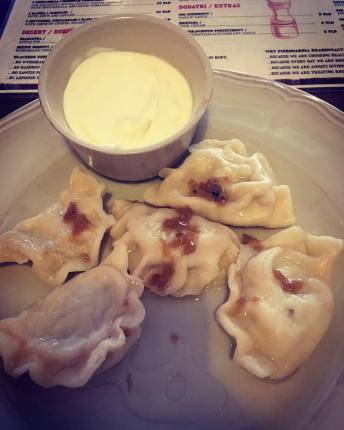 The next day I took a free walking tour around Old Town. There is this NGO that gives free walking tours around a ton of cities in Europe and all they ask for is a donation at the end. The tour guides are all super knowledgeable and the tours cover lots of different, interesting topics. 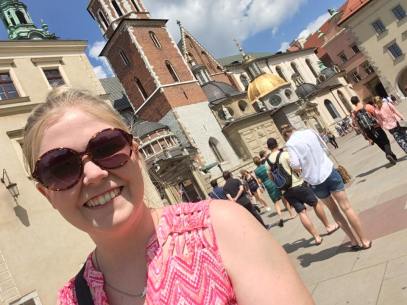 I had taken a tour with this same group in Bucharest so I knew that I would be in good hands. Our tour guide was very enthusiastic and knew lots of neat and interesting information about Krakow’s history so it was much easier to put into context everything that we were seeing around us. We saw the building where Pope John Paul II lived and studied in secret during WWII, the oldest university in Krakow where Marie Curie wanted to study, but wasn’t allowed because she was a woman, and Wawel Castle. Wawel Castle and Cathedral are set atop a hill in Krakow and have an interesting history, just like the rest of Poland. They changed hands many times, each time being remodeled and redecorated to suit the tastes of the current king/inhabitant. Wawel Castle was inhabited by Hans Frank, a very important Nazi leader, during WWII. He was the Governor-General of all the occupied area in Poland and was responsible for putting Jewish people into the now infamous ghettos in cities all around the country.

The various types of architecture seen on Wawel Cathedral

After the walking tour, I meandered my way back to the Old Town Square, which was easier said than done considering there was a huge society wedding at a church that had the sidewalks all clogged up with passersby AND Poland’s version of the Tour de France was starting in Krakow’s Town Square that very same day so navigating sidewalks became an interesting experience. I decided to escape all the craziness in a place where I knew the food was good, the drinks had free refills and ice, and the wifi was realiable—Hard Rock. Some people scoff at the fact that I was eating there instead of enjoying Poland’s national dishes, but it’s a family tradition and they put real bacon on their burgers so it’s really a no-brainer as far as I’m concerned. After lunch and since I was already on a spending spree for the day, I decided to purchase a ring that I had been looking at in the Old Town Market. Most Eastern European countries are known for their amber so I thought that buying an amber ring would be a practical souvenir for myself. 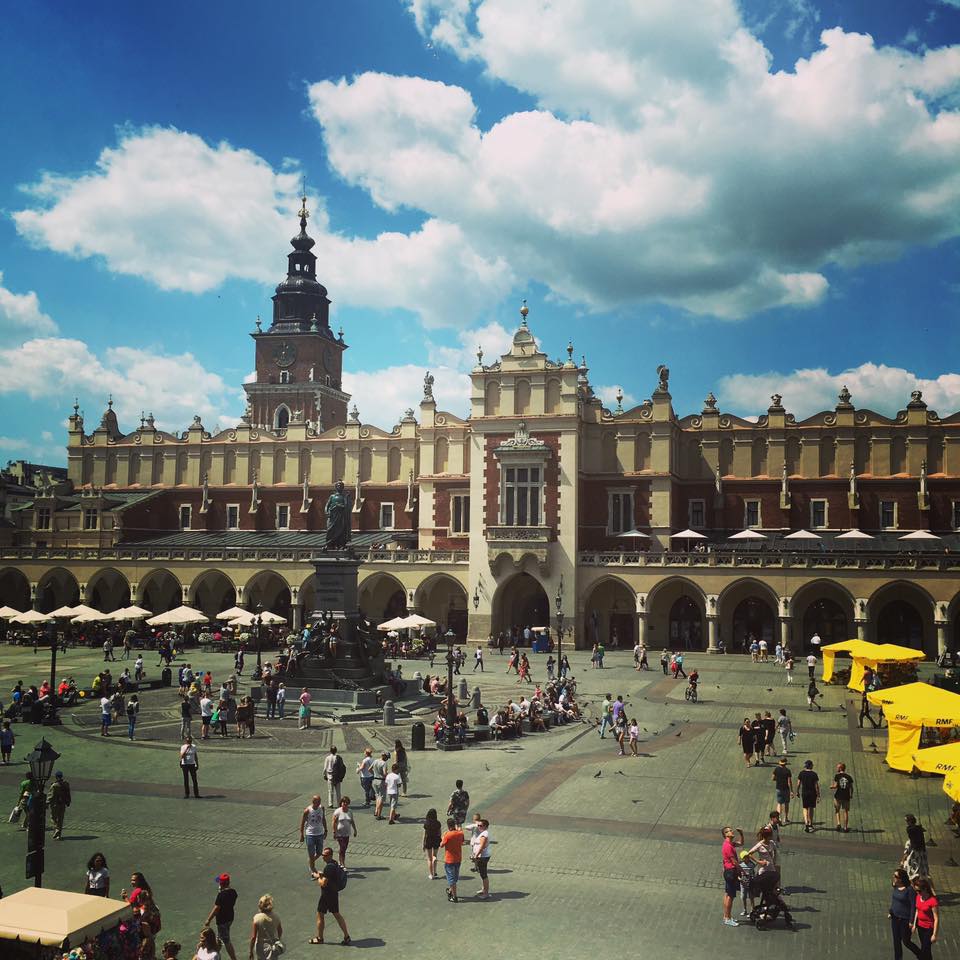 My time in Krakow had come to an end so I went back to the hostel, grabbed my bags, and headed to the train station. After wandering around the mall that leads to the train station, I finally made it to my platform and started making my way back to Warsaw.